THANK YOU for electing Andy and Hal as your new B&NES Councillors for Keynsham East in the May local election.

Andy and Hal finished first and second, respectively in a hard-fought contest. Their win marks the first time since the formation of B&NES that a Liberal Democrat has won a seat in Keynsham East. The Conservative incumbents, Marie Longstaff and Bryan Organ had not stood this time around.

The result in Keynsham East follows a wave of other gains by the Liberal Democrats across B&NES. Indeed, the Lib Dems increased their vote share in Keynsham East by 24% on their 2015 performance, winning a total of 56% of the votes cast. 1,997 residents voted in the election, representing a turnout of 45%. You can take a closer look at the result below. And the results across B&NES here. 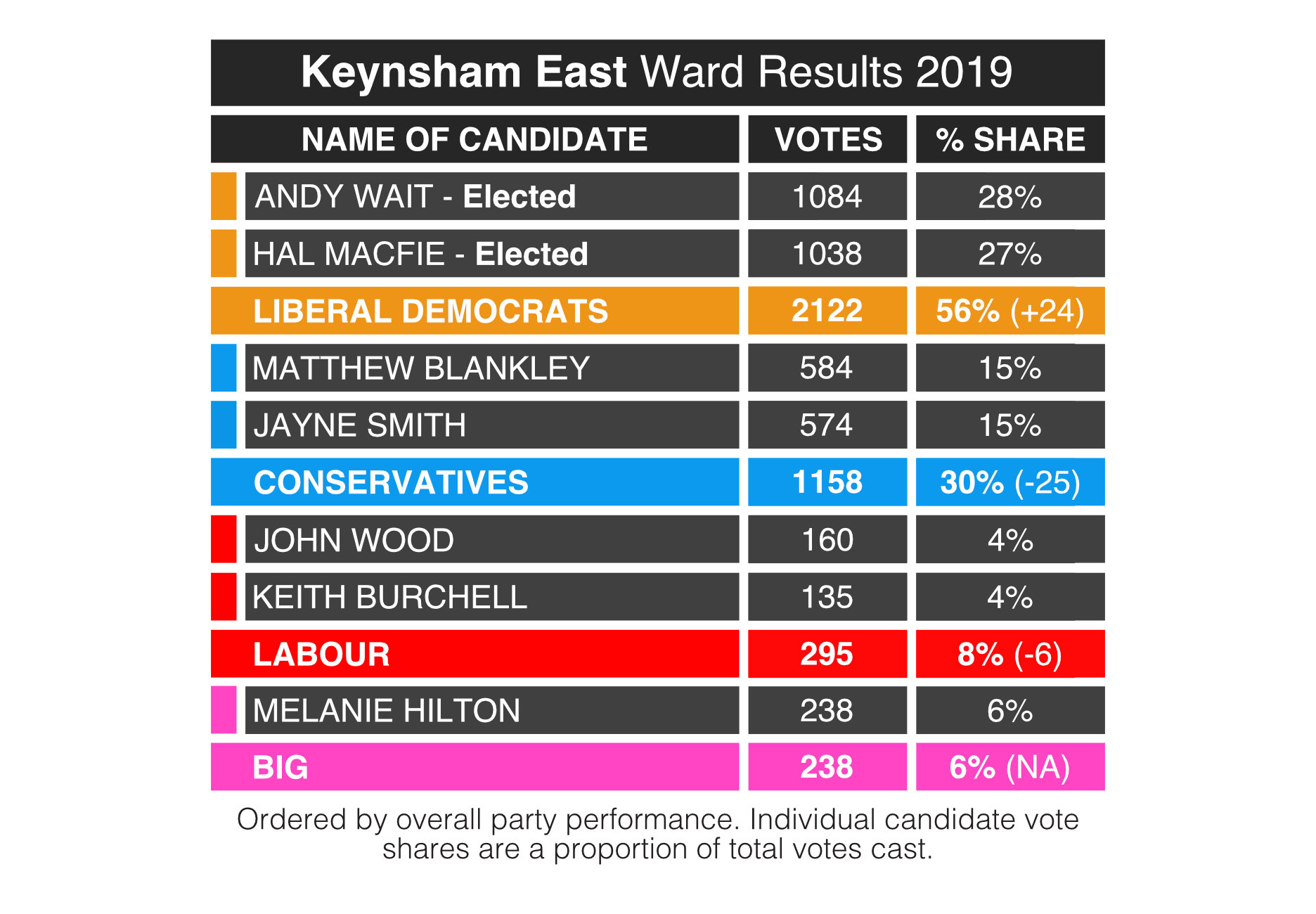 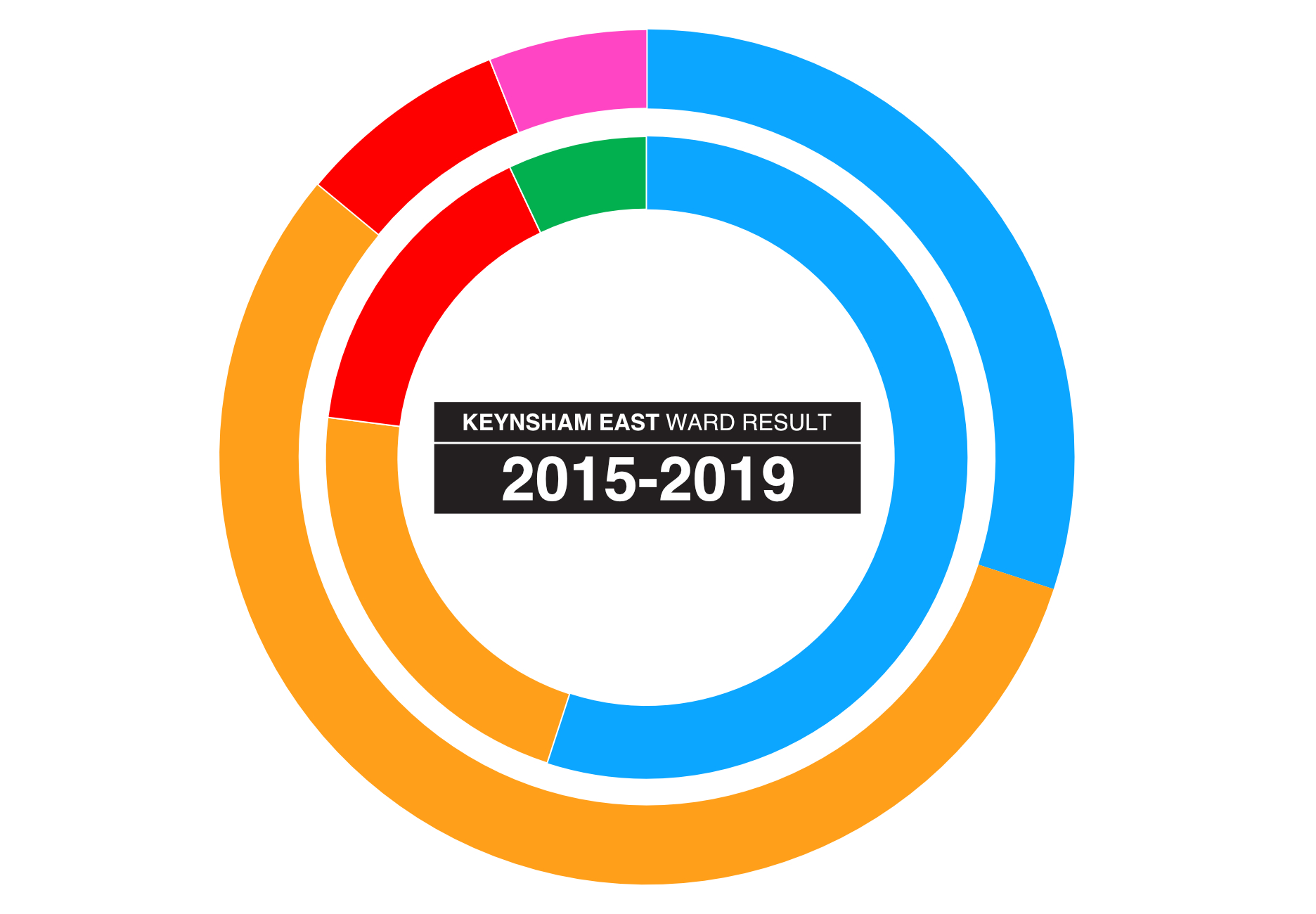 Hal and Andy said “We are very grateful to the community of Keynsham East for electing us as the first ever Liberal Democrats in this ward. To start with, we will look for creative ways to reduce traffic congestion around the town, particularly Bath Hill. We will also press for a more logical set of speed limits on Wellsway.”

Andy and Hal will start a monthly surgery outside Chandag Shops on the last Saturday of each month from 9.00am to 11.00am, excluding December!