Changing the face of our politics 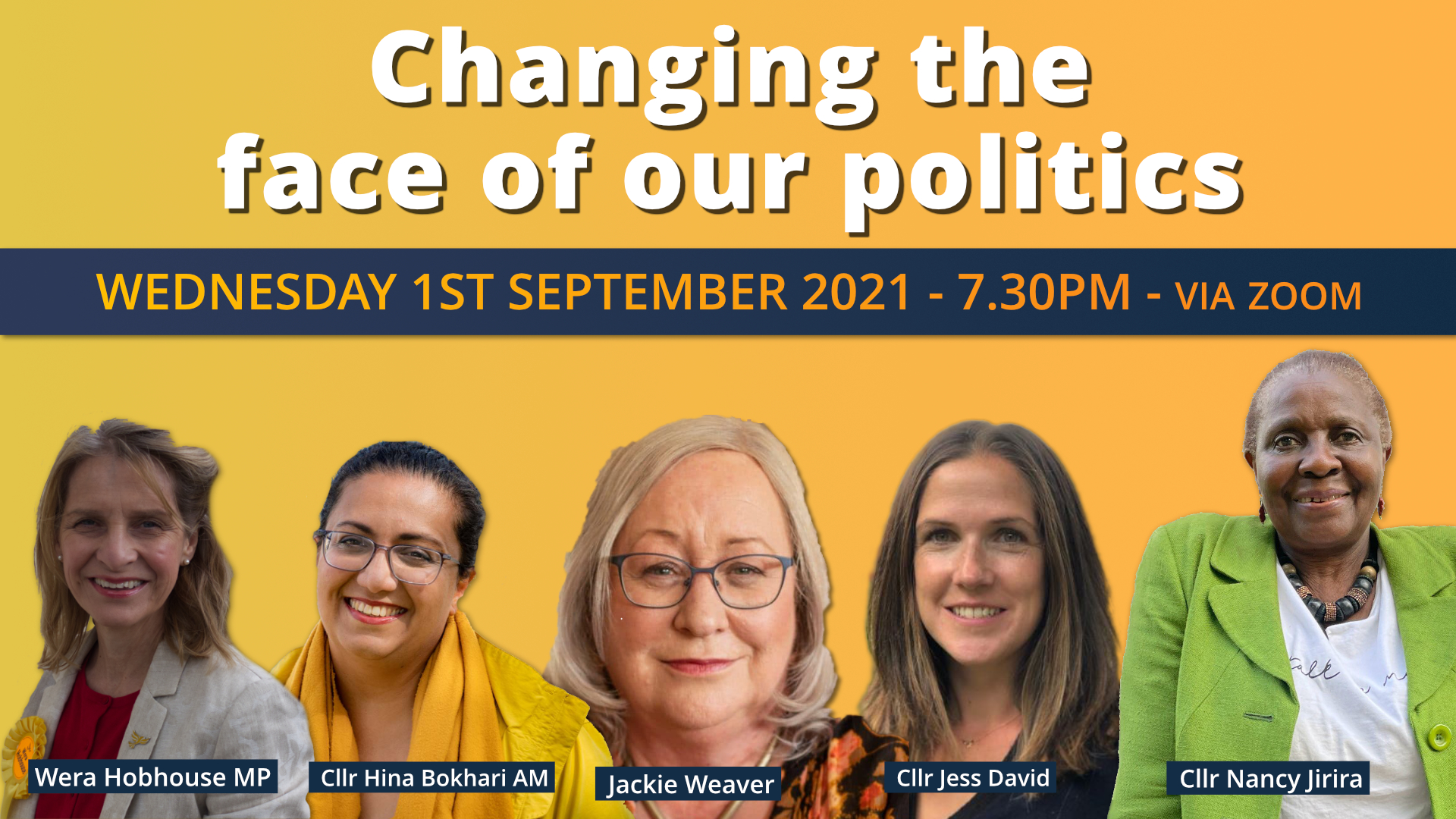 Are you passionate about a cause in your community? Want to make a difference in your area but don't know how?

Running for council is a fantastic way to make a difference and shape the future of your community. As well as being a rewarding form of public service if elected, being a councillor can also help develop your career skills in leadership and managerial experience.

Local councils can only be as effective and capable as the people elected to run it. We need councillors who are competent, passionate, and engaged – from all backgrounds and walks of life to reflect their communities.

Facts about council representation in the UK*:

We need to change the face of our politics

On Wednesday 1st September Wera Hobhouse MP will be hosting a panel with some fantastic women from all walks of life who work in local politics. This will be your chance to ask questions about what it is like to run for local government and life in politics and community campaigning.

Wera Hobhouse MP - Wera has been the MP for Bath since 2017 and is Bath's first female MP. Wera says that MP stands for "most persistent". She began her political career as a local councillor, serving in Rochdale for ten years. Wera is a passionate believer in creating truly representative government at all levels.

Jackie Weaver - Chief Officer of the Cheshire Association of Local Councils. She headlines in 2020 when Handforth Parish Council's planning committee zoom meeting went viral after she was brought in to solve a dispute. She was praised widely for being able to moderate and take control of an extremely fraught environment which came across clearly on camera. Since then she has spoken to communities, political parties, and local councils across the country on encouraging more people to get involved in their councils, and on how to tackling misogyny and bullying in local politics.

Hina Bokhari - London Assembly Member and councillor in Merton. Before becoming active in politics Hina taught in London schools for 20 years and founded 2 young person focused charities. In 2018 she became the first Muslim woman elected to Merton Borough Council, and stood for Sutton and Cheam in the 2019 general election. In 2021 she was elected to the London Assembly, with her win being the first Liberal Democrat gain there since 2004.

Jess David - Bath and North East Somerset Councillor for Moorlands.  A mother to three young children, she is an active member of the local community, working with local residents groups to improve parks and green spaces. She also campaigns for better public transport and cleaner air in the city and helps to run a school walking bus. Her career has included time as a political research assistant in London and Brussels. She spent the past ten years working in the environmental sector, focussing on climate change and flood risk management.

Nancy Jirira - Camden Borough Councillor for Fortune Green and winner of the recent Fortune Green by-election in 2021. Nancy has devoted her entire working life to the NHS as a nurse and health visitor. Her commitment to her community runs deep. She also served as a councillor for six years until 2015 before winning her seat back.