Bath and North East Somerset Council could declare a Climate Emergency on 14 March, in line with campaigns by local people, if a cross-party motion is adopted. 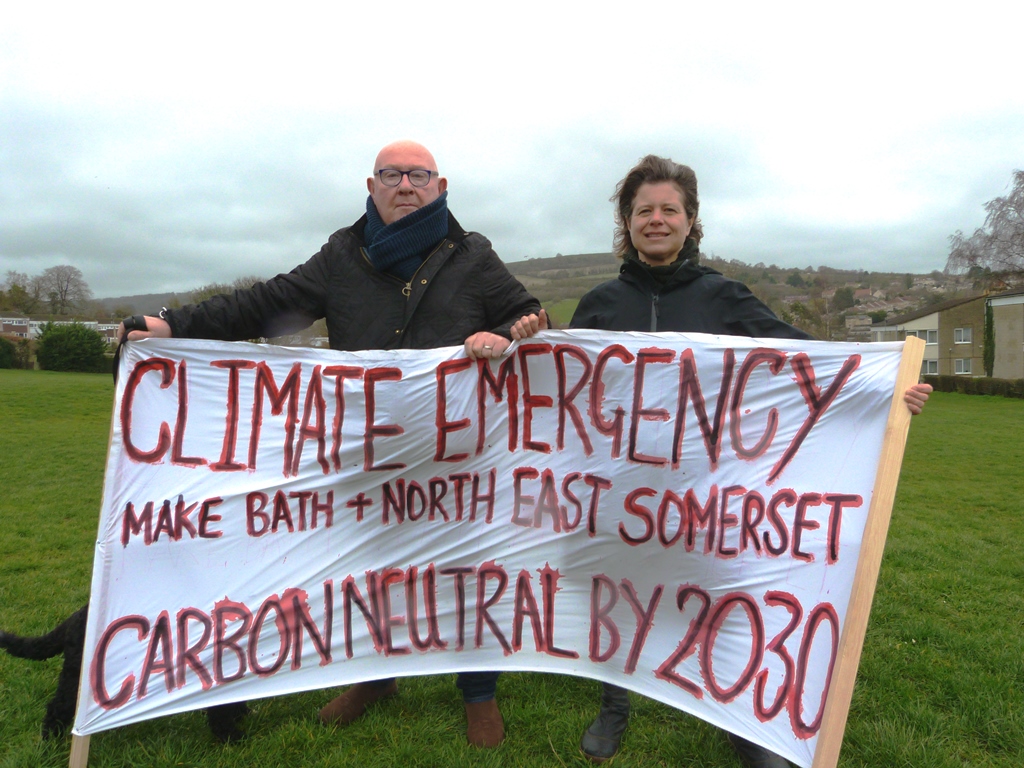 Bath and North East Somerset could join dozens of other Councils in declaring a Climate Emergency and pledging to take action to limit global warming.

Councillors have worked on a cross-party basis to bring joint proposals before Council on Thursday 14 March 2019. If approved, the Council will set a target of becoming carbon neutral across all functions by 2030. The motion also asks B&NES to sign up to the UK100 pledge to enable the whole community move over to clean energy.

"The scientific consensus on climate change is absolutely clear: there is a very limited window of opportunity for action to be taken to prevent the worst impacts of global warming. The UN has warned that we have only 12 years to keep temperature increases below 1.5°C. Beyond this, the effects of climate change will be significantly worse. That’s why the 2030 deadline is so crucial.

"Across the country, 34 councils have already declared a Climate Emergency and we are hoping that B&NES Councillors will agree to join them. Local campaigners have called on us to act through demonstrations and statements to Council. This is our chance to show we are listening.

"Councillors worked together across political groupings to prepare the joint text coming before Council. I’m really glad we have been able to have cross-party cooperation on such an important issue. Hopefully, the motion will be approved unanimously, as has been the case in other local authorities which have declared a Climate Emergency.

"We want to see decisive action on Climate Change. This motion is partly about the Council’s own carbon footprint but also includes the goal of inspiring and enabling others to act.”

Jo Wright is a Lib Dem campaigner, who is fighting for action to tackle climate change. She said:

"The Climate Emergency Motion for B&NES is a great step forward for all members of society to help shift towards a zero carbon world. We know that the increase in atmospheric carbon dioxide is due to the combustion of fossil fuels, from drinking from a plastic water bottle to driving yourself to work. Each tiny individual human action has combined together across the earth to put carbon dioxide levels not seen for million of years.  This is a catastrophe.

"The political act of declaring a 'Climate Emergency' by all Councillors from all parties shows that our community values the earth that we live on and in and that the future, set out by this motion will be about the many working together to prevent and mitigate this catastrophe.

"All of us will need to lessen our impact on the world around us. We will have to make a shift in our daily actions and activities, rethink our energy use, our means of travel and commodity use and realize that together we can still have rich and fulfilling lives and communities. To create a Zero Carbon World, change needs to happen."

If you would like to read the whole motion, please see the agenda papers on the B&NES Council website.