Former B&NES Councillor Gerry Curran has been selected as the Liberal Democrat candidate for the Abbey ward by-election in Bath. The by-election, which has been called following a resignation, will take place on Thursday 17 November. 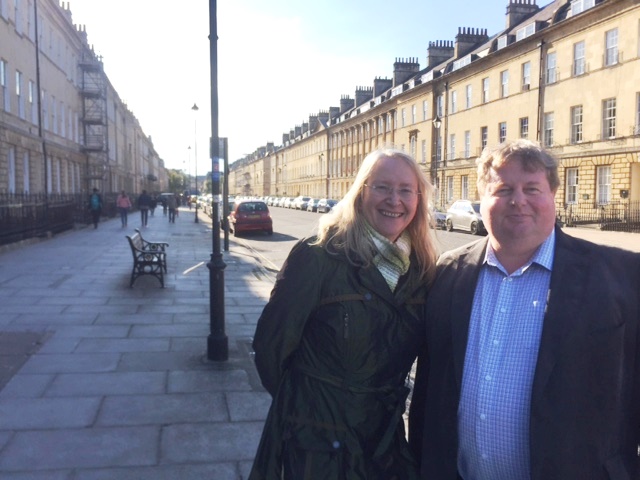 Gerry, an Honorary Alderman of Bath (a title given to people recognised for serving the city) said,

"I'm proud to have been selected to fight for Abbey. I’ve served on the Licensing Committee, the Avon Flood Defence Committee, and been Chair of the Planning Committee. This 20-year experience on Bath and North East Somerset means I know the issues in Abbey Ward and I’m ready to be the strong voice Abbey residents need."

"I’m delighted Gerry has been selected to fight the ward. While I was Councillor for this area, we made real progress in Abbey Ward, and I have no hesitation in endorsing Gerry as the right candidate to continue that work, to hold this Tory administration to account and to make sure the residents in Abbey Ward are heard."

Currently the Liberal Democrats are the largest opposition group on the Conservative-run Council. We are working hard to ensure that residents voices are heard as the Council forces through a number of contentious issues. Of particular note in this by-election is the cut to waste services that will result in a fortnightly refuse collection across the district.

The by-election follows the resignation of the Green Party Councillor, who chose to move to Reading rather than serve out his term representing the residents of Abbey Ward. The seat was previously held by the Lib Dems until May 2015.

Ben Stevens, Chair of the Lib Dems in Bath, said,

"It's looking like a two horse race in Abbey between the Tories and the Lib Dems. The Lib Dems have seen a huge upsurge of council seats over the past year, and are the only party to really challenge the Conservatives around the country."