The Liberal Democrats have won the European election in Bath and North East Somerset, picking up 35% of the vote, an increase of over 20% since the last election in 2014.

We helped to elect two new Lib Dem MEP’s in the South-West, Caroline Voaden and Martin Horwood. They will be part of a strong, 16-person team of Lib Dems heading to Brussels to fight for Britain’s place in Europe. The Lib Dems make up the second largest bloc of MEP’s coming from the UK – more than both Labour and the Conservatives! 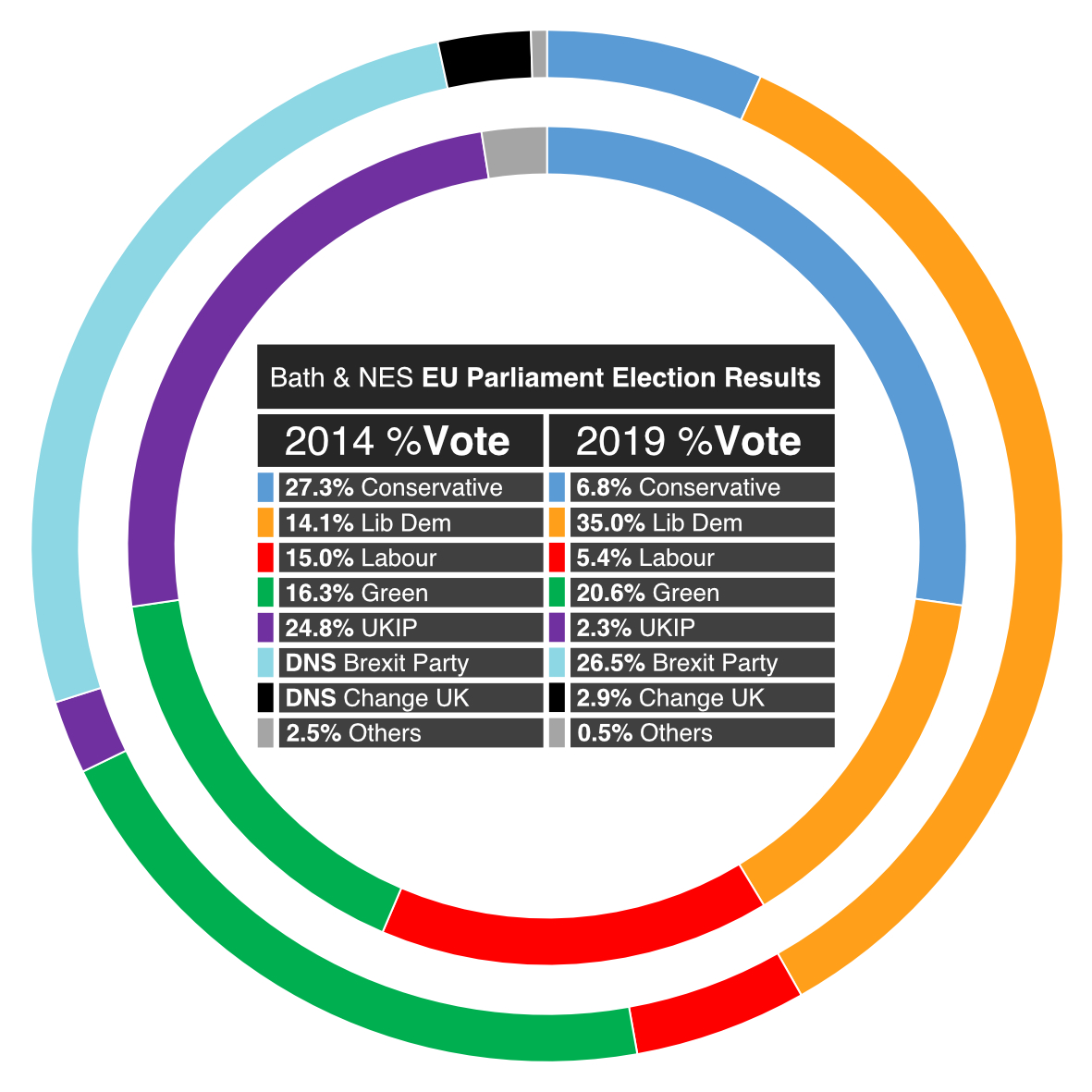 We would like to thank every voter who came out to support our bold vision for Britain in Europe. Our message at the election was a clear message of hope and inclusion. We reject the divisive politics of Brexit which would be damaging to our economy, to our public services and to our national security. By working side-by-side with nations across the EU, we can make Britain more prosperous while dealing with the global threats that confront us, such as the climate emergency.

But our work is far from over. The fight to Stop Brexit has only just begun and the Liberal Democrats need your help. Find out how you can help by selecting one of the tiles below.