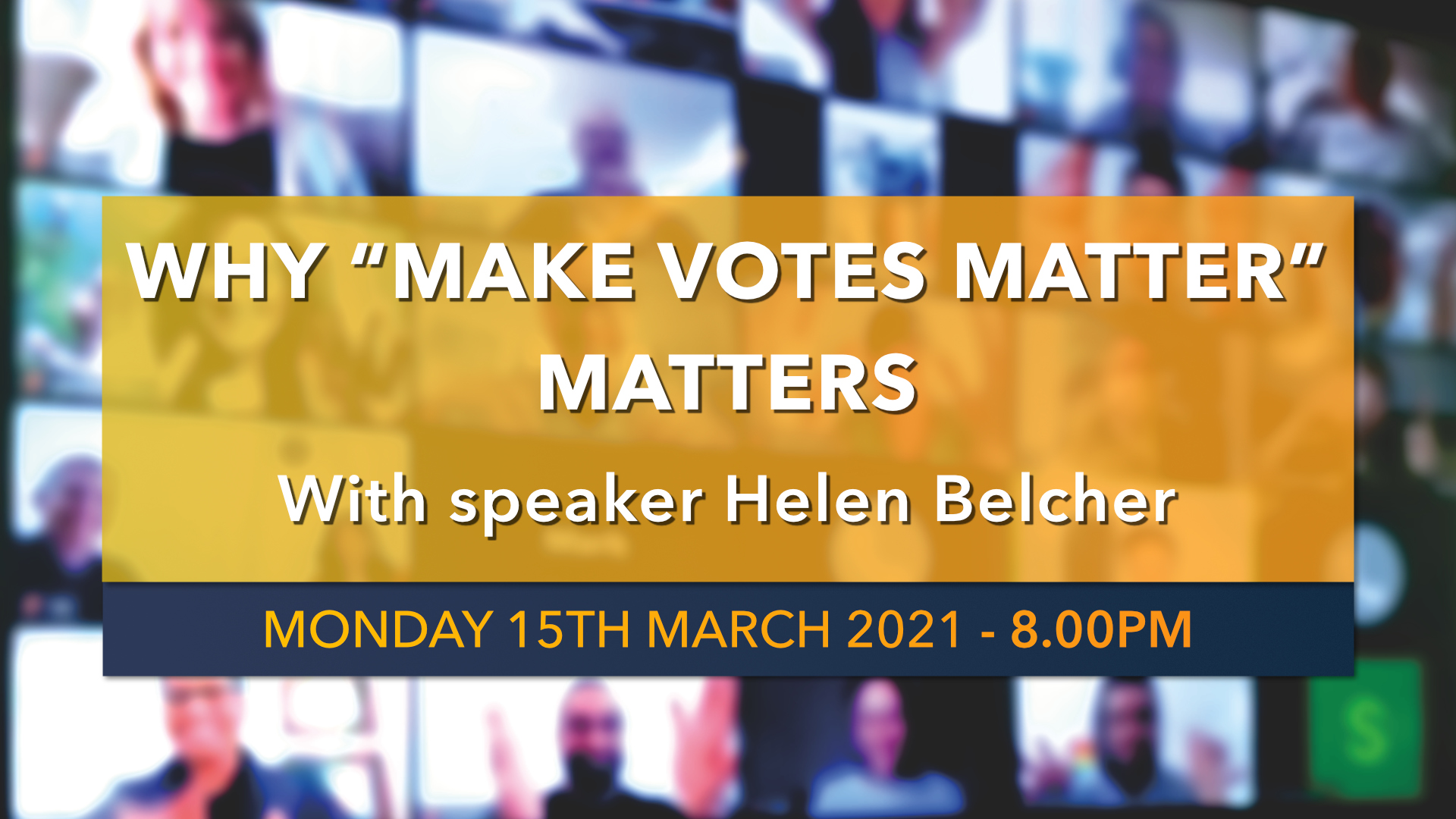 Most Liberal Democrats agree voting reform is a key issue, but questions remain. Could or should an active Lib Dem campaign for Proportional Representation fill the void left by the Stop Brexit movement and what would this involve?

Helen Belcher, a speaker for Make Votes Matter, addresses this issue and will answer your questions on PR at an hour long Zoom event.

Helen was the Lib Dem candidate in the neighbouring seat of Chippenham in both 2017, where she held on to second place, and in 2019 when she considerably improved on her position. She has campaigned in Bath on many occasions. She also works with a number of Lib Dem MPs and peers on equality and diversity issues, as well as being an approved party trainer. She has been interested in better voting systems for 40 years, and has been involved with Make Votes Matter for the last five. She lives in Corsham, where she is a town councillor, and theoretically is part-retired, although she is still busy despite the closure of her fledgling B&B business.

(!) This is an event for members and registered supporters, only.