Rob and Joanna win in Lambridge

THANK YOU for electing Joanna Wright and Rob Appleyard as your B&NES Councillors for Lambridge Ward in the May local election.

This will be Rob's second term as Liberal Democrat Councillor for Lambridge, having been initially elected back in 2015. Meanwhile, Joanna, a long-time resident of Larkhall and local climate activist joins Rob in representing the ward, taking over from former Green councillor Lin Patterson, who did not run this time around.

The result in Lambridge follows a wave of other gains by the Liberal Democrats across B&NES, who will now form a majority administration on the Council. In Lambridge, the Lib Dems increased their share of the vote by 22%, winning a total of 48% of total votes cast. The results in Lambridge can be viewed below in more detail, while a full set of results of all other wards can be found here.

2,278 of the 4,352 registered electors in Lambridge took part in this election, representing a 52% turnout - the third highest in the authority. 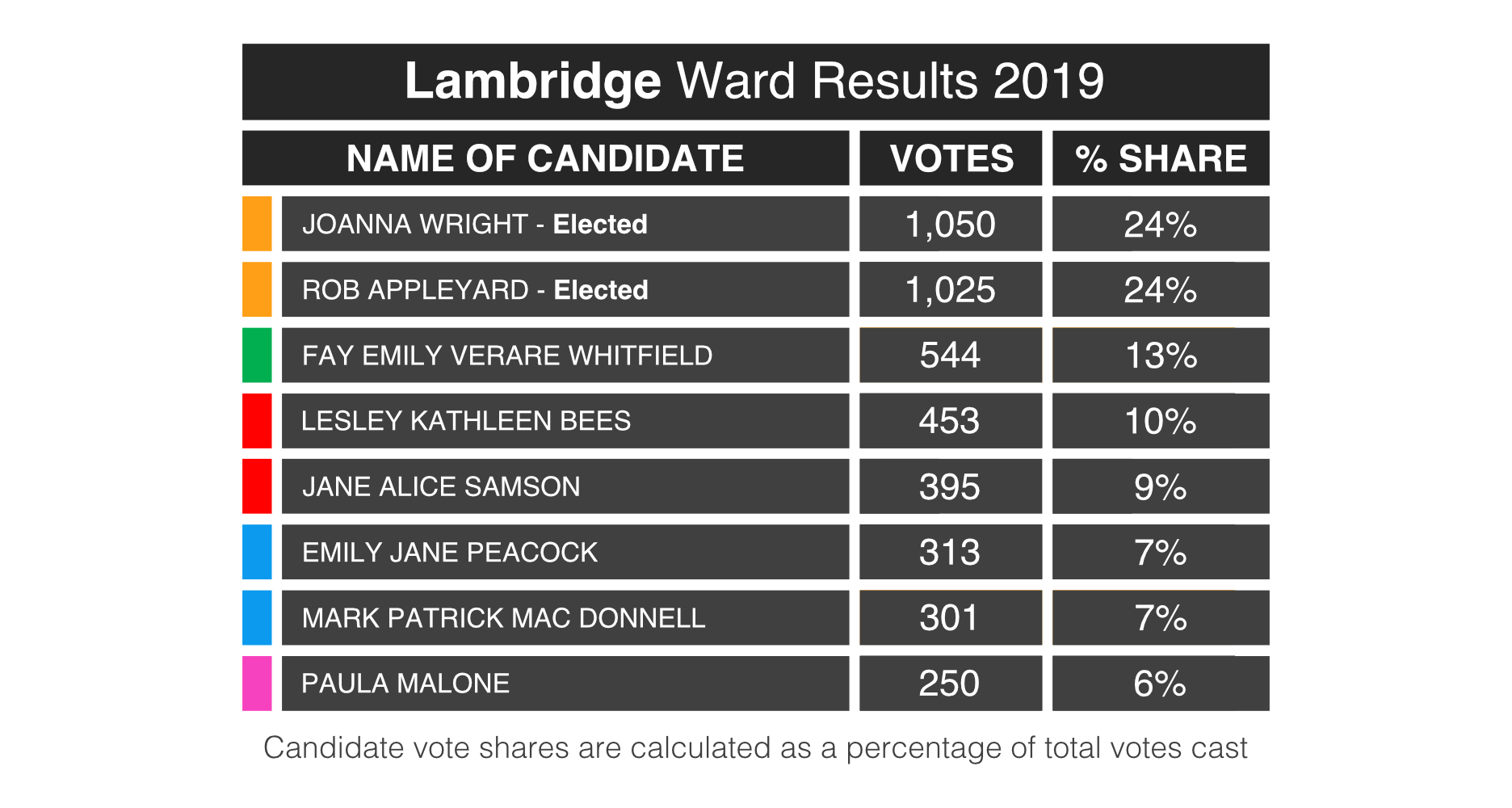 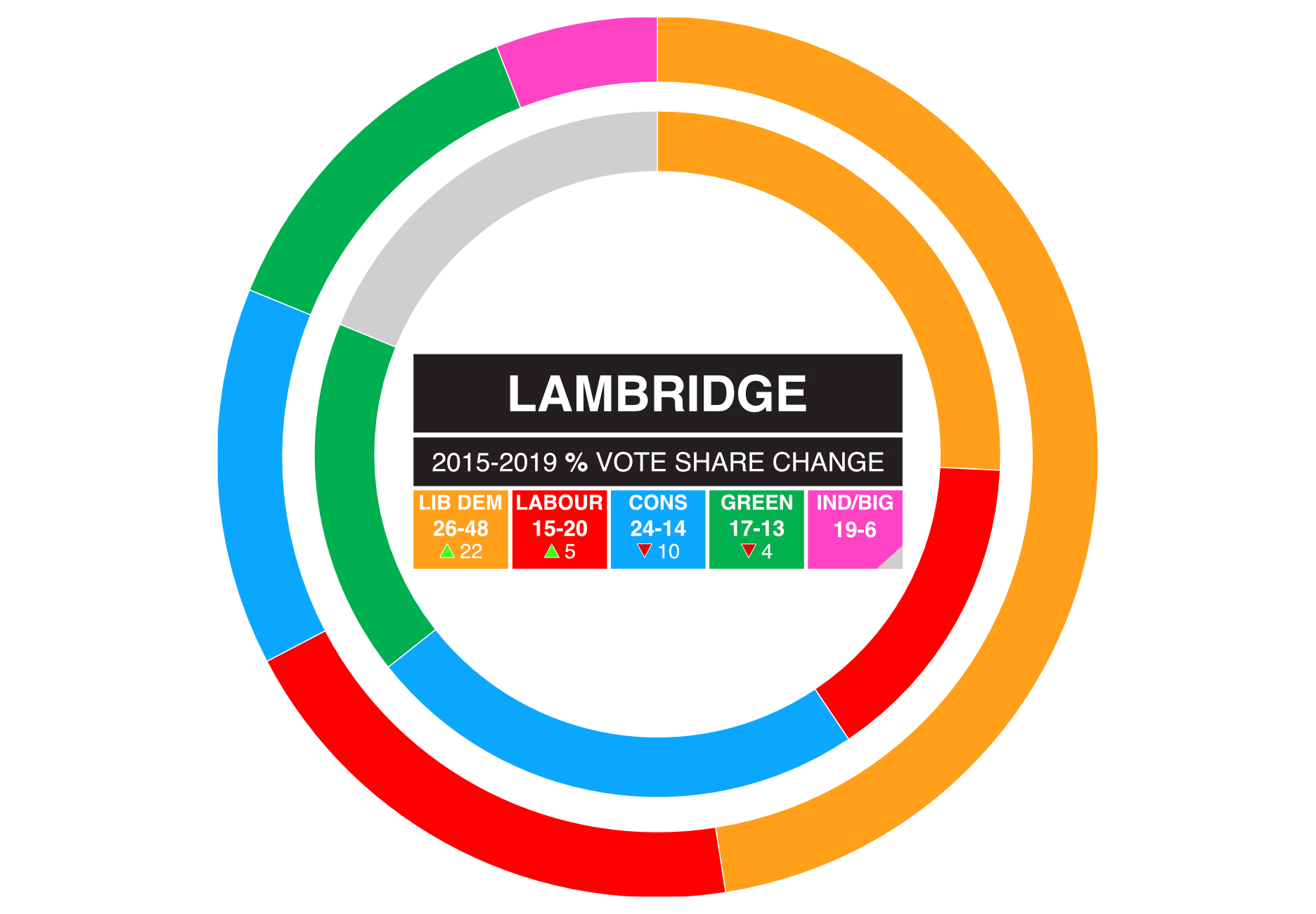 Rob and Joanna said “It is a great privilege and honour to be voted for by so many Lambridge residents, thank you. During the last few months we have spoken to as many residents as possible about the issues that face this community. You are right to be concerned about rat running and poor local bus services, you are right to want good spaces in which young people can actively play, you are right to want the Local Council to be transparent and accountable.