Liberal Democrat MPs have called for the immediate ending of the benefits freeze in Parliament. Inflation and the flawed roll out of Universal Credit is hitting the poorest the hardest, and even back bench Tories have joined the Lib Dems in the criticisms. Labour, in contrast, have remained silent. 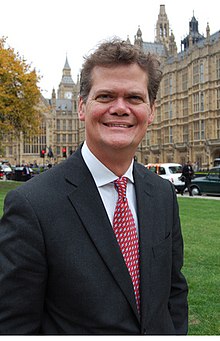 Stephen Lloyd MP has spoken out on the issue.

The Liberal Democrats have called for the benefits freeze to be scrapped, in a debate in Parliament today on Universal Credit.

It comes as a report by the Joseph Rowntree Foundation found almost half a million more people would be forced into poverty in the UK in 2020 if the government maintains its freeze on benefits.

"Balancing the books on the backs of the poorest in this way is unacceptable..

“Not only are those on benefits seeing their incomes eaten away by rising inflation, but many families are suffering as the flawed Universal Credit roll-out leaves them out of pocket for weeks on end.

"Rent arrears and indebtedness are soaring wherever Universal Credit is introduced. That is why even John Major and dozens of backbench Conservatives have called for a pause and review of the system.

“Unless this Government decides to change course and listen to those on the sharp end of their policies, millions of people - including young children - will see their life prospects permanently damaged.

"With Labour silent on this issue, only the Liberal Democrats are committed to ending the freeze on working-age benefits and ensuring that incomes keep up with the soaring cost of living.”