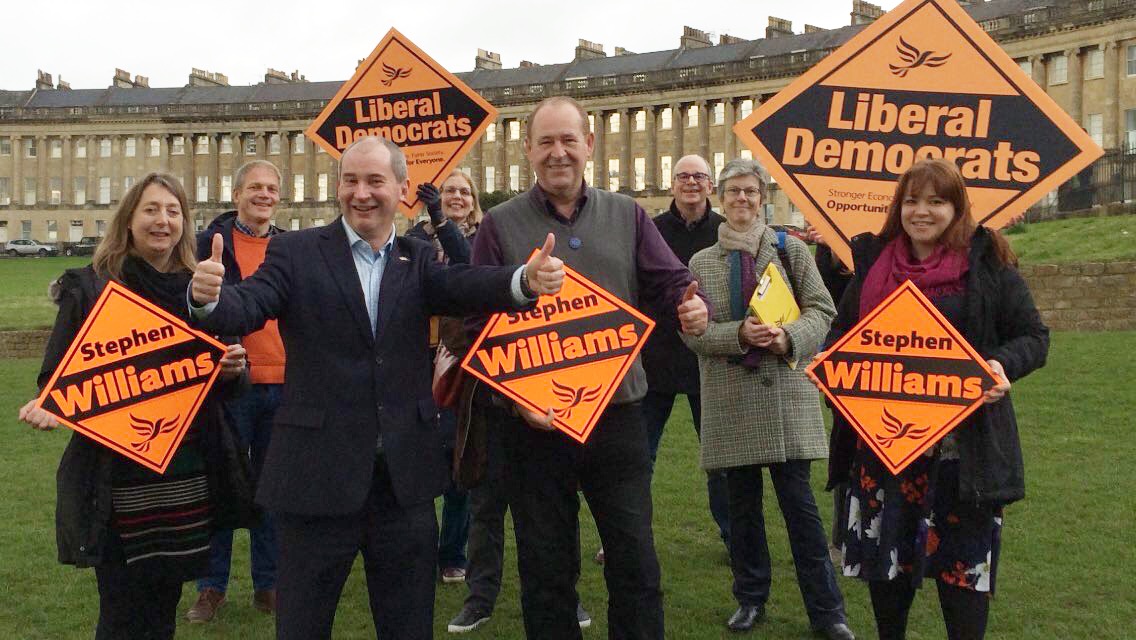 Stephen Williams has been selected as the Liberal Democrat candidate for Metro Mayor in the West of England, following a vote of the local party members. The election is to be held on Thursday 4th of May this year. Williams, who is a former Local Government Minister and MP for Bristol West, secured the Liberal Democrat nomination following a series of hustings.

"It’s an honour to be selected; I am determined to win this election and deliver real change for people in the West of England."

"My main priority will be continuing economic prosperity and tackling the main constraints that hold us back – the lack of affordable housing, and the woeful state of our public transport."

"This election is a clear choice between me and the inexperienced Conservative candidate. Our region needs the strongest possible leadership and with my experience, I can offer just that."

"I will also stand up for the majority of people who voted to remain in the European Union, and will work with the business community to persuade the Conservative government to keep us in the single market and avoid a disastrous hard Brexit which will risk jobs and livelihoods particularly in the aerospace and manufacturing industries."

"Stephen Williams is clearly the most experienced candidate, with a wealth of experience and a positive track record of working in local government and at the highest levels in national politics."

The West of England Combined Authority is a new body which brings together the three Councils of Bristol, Bath & North East Somerset and South Gloucestershire. It will receive new devolved powers and funding from government covering transport, development and the economy.