Zoom poetry reading of Under Milk Wood by Dylan Thomas 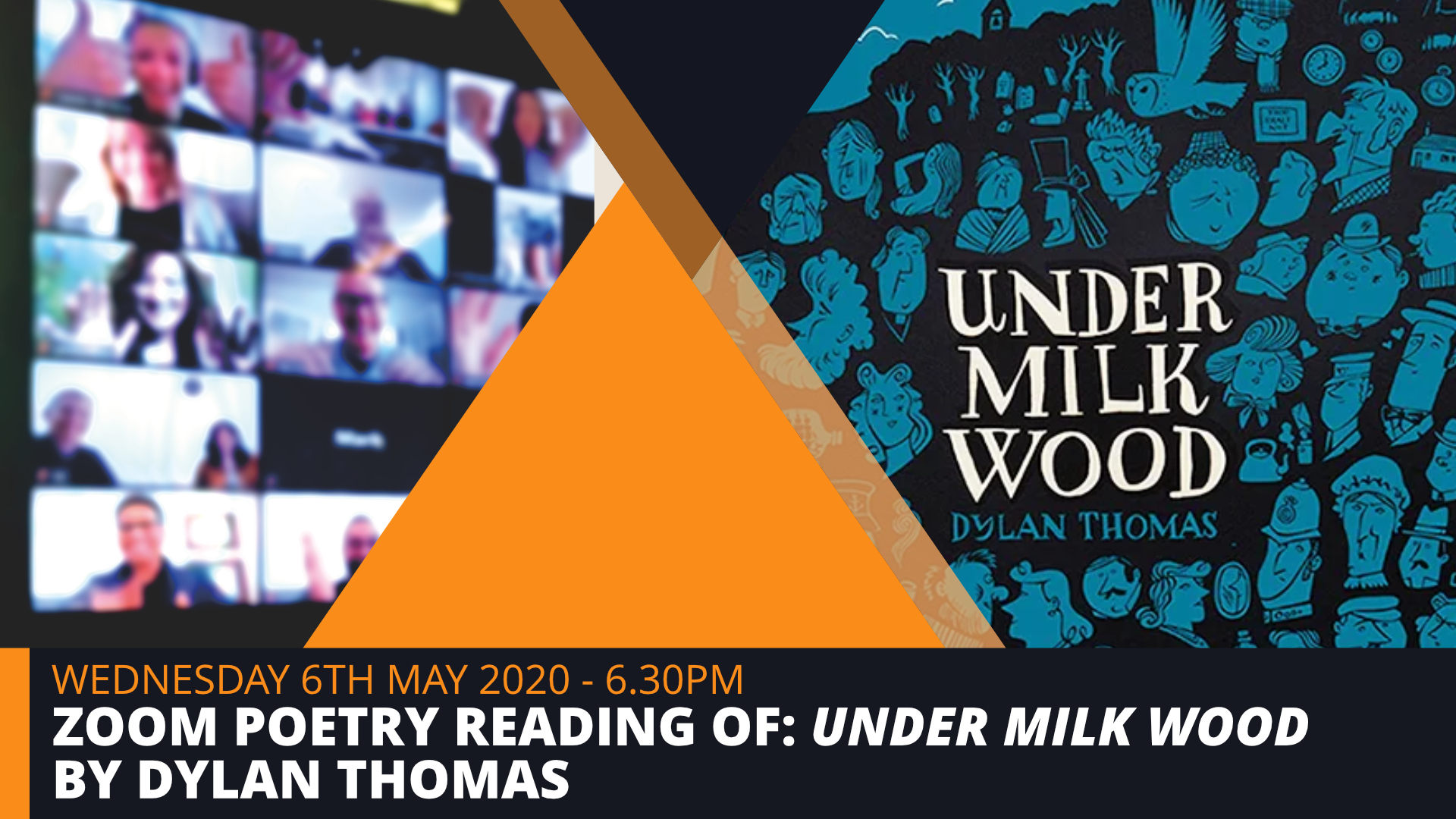 Following a discussion between Bath activists about the benefits of taking part in a virtual choir, we thought we’d go one better and have a virtual poetry reading (less of a problem of Zoom lag and some people’s fear about singing in public).  And what better poem in these somewhat claustrophobic times than the beautifully atmospheric and very funny Under Milk Wood, the radio play written by Dylan Thomas in 1954?

There is no known association with Bath or the Lib Dems but as Thomas developed it in response to the bombing, internment and concentration camps of WW2, as a way of reasserting the evidence of beauty in the world, it has a relevance to the present situation.

There are around 50 named parts so plenty to go around.  We may have to double up, depending on how many people join in.  The reading should take about an hour and a half.

As some inspiration, did you see the fantastic TV version from 2014 with a group of Welsh actors, led by Michael Sheen?

How this will work:

This is an experiment so let’s see how it works!