Fortnightly waste plan will be disaster for city centre

Lib Dem campaigners are warning that Conservative plans to reduce waste collections to a fortnightly cycle will be a disaster for Bath city centre and are calling for weekly collections to be maintained for key residential areas. 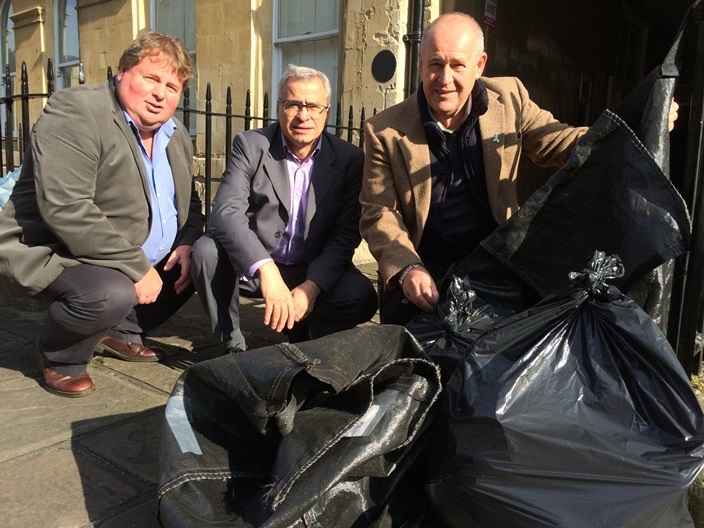 Bath Councillor Andrew Furse has raised these concerns at the Bath City Forum. He said:

“The Conservatives claim that fortnightly waste collections will improve street cleanliness and force people to recycle more. We fear that the exact opposite will happen in Bath city centre.”

“We are calling on the Cabinet member to recognise that one size does not fit all for the whole of B&NES and especially not for Bath city centre, which has particular needs and sensitivities.”

“A large proportion of city centre residents live in flats or single rooms, with no storage for either recycling containers or black bags. The idea that they will be forced to store bags of rubbish in their homes for a fortnight at a time is ridiculous.”

“Even if all food waste is recycled, the remainder will not be inert. Think about nappies and non-recyclable food packaging. Keeping these bags indoors for a fortnight will be inconvenient, unhygienic and unpleasant and could represent a health hazard.”

“We want the Council to keep weekly rubbish collections for areas where there are a lot of flats, HMOs and converted heritage buildings, such as Bath city centre.”

“Many city centre residents are deeply concerned that this policy will lead to an increase in bin bags being left out on the street for weeks at a time, either in gull-proof sacks or loose when the sacks are full or missing, leading to more street mess and eyesores. This will have a massive impact on tourism and city centre businesses.”

“We are in favour of increasing recycling in B&NES – in fact recycling rates improved under the Lib Dem administration. However, these plans have come out of nowhere. During the local elections, the Tories promised to boost recycling through incentives, not through cutting bin collections.”