The Liberal Democrats have urged the government to play its part in resettling refugees, in particular unaccompanied children, in an emergency motion at their Autumn Conference. 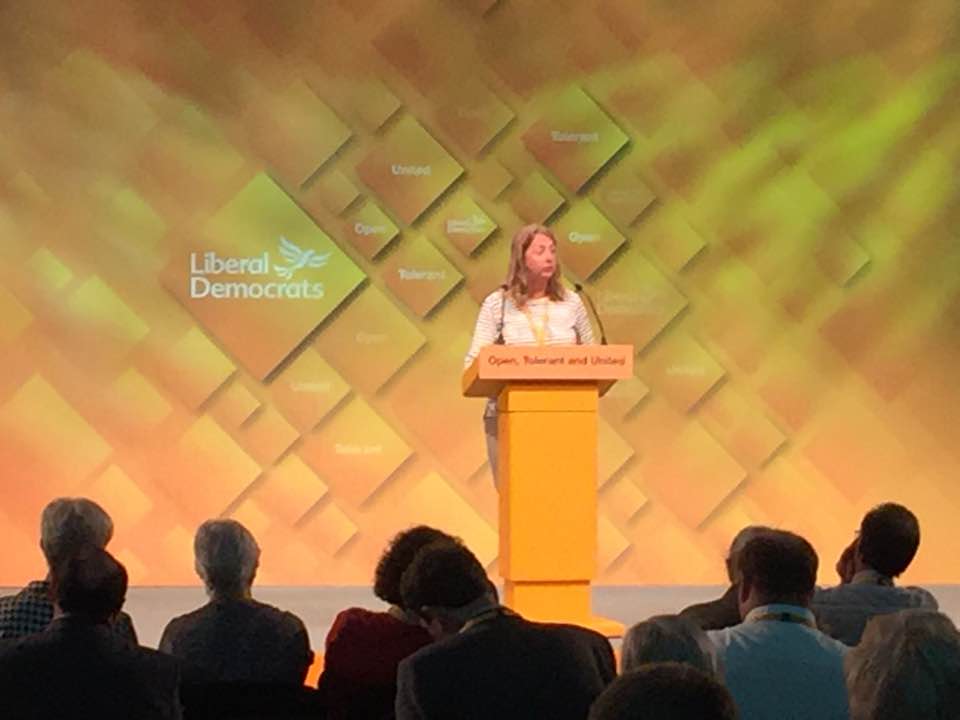 The demand comes as Theresa May addresses a special UN meeting on migration in New York. Yesterday the Prime Minister resisted calls to take in more vulnerable refugees from Syria.

The Liberal Democrats have proposed providing local councils with more funding to integrate child refugees, and for the UK and French governments to work together to ensure that unaccompanied minors are reunited with their families.

“It is a disgrace that the government is sitting on its hands while children risk their lives trying to cross the Mediterranean.”

“Britain should be leading the global response to this crisis, not undermining it by refusing to play its part in resettling more Syrian refugees.”

Councillor Dine Romero (pictured), Leader of the Liberal Democrats on B&NES Council, spoke in favour of the motion, saying:

“A week ago I joined Bath Welcomes at the Welcome Summit of all the Welcome Refugees groups from across the UK.”

“For me the most moving were the stories told by some of the 23 that had come to Bath, and to Bristol, and from those who support them here.”

“We must do as much as we should, not as little as we can.”

“If government won't, or continues to drags its heels, local councils must try to make a real difference for real people.”

“I will be using every opportunity to keep the momentum going on this. And so I will be bringing a motion on doing more to Full Council in Bath & NE Somerset in November, which I hope all Councillors there will support.”

The Liberal Democrat Federal Conference approved a policy motion on Welcoming Refugees, which you can read here; Dine’s speech is available in full here.