Over the past nine months, B&NES Cabinet members for transport, Joanna Wright and Neil Butters have been exploring various strategies to address these issues.

Residents' Parking Zones (RPZs) are already in operation across large swathes of central Bath, preventing commuters from using up limited parking spaces needed by local residents. Further extensions of the RPZs are being considered across the city.

In November, Bath’s Clean Air Zone (CAZ) will come into force, helping to urgently reduce nitrogen dioxide (NO2) in the city. This type of air pollution can worsen heart and lung conditions and trigger asthma attacks. Higher-emission vehicles such as lorries and vans will be charged to drive in the zone, however private cars and motorbikes will not be charged.

The Lib Dem administration is also exploring how Low Traffic Neighbourhoods (LTNs) could be implemented to encourage liveable and safe residential areas. But what are LTNs and are they a viable solution for the worsening impacts of traffic in our city?

What are Low Traffic Neighbourhoods and how do they work?

Living Streets defines low traffic neighbourhoods as “groups of residential streets, bordered by main or ‘distributor’ roads (the places where buses, lorries, non-local traffic should be), where ‘through’ motor vehicle traffic is discouraged or removed.” There are different ways to make an LTN, but the main principle is that every resident can drive onto their street, get deliveries etc., but it’s harder or impossible to drive straight through from one main road to the next. 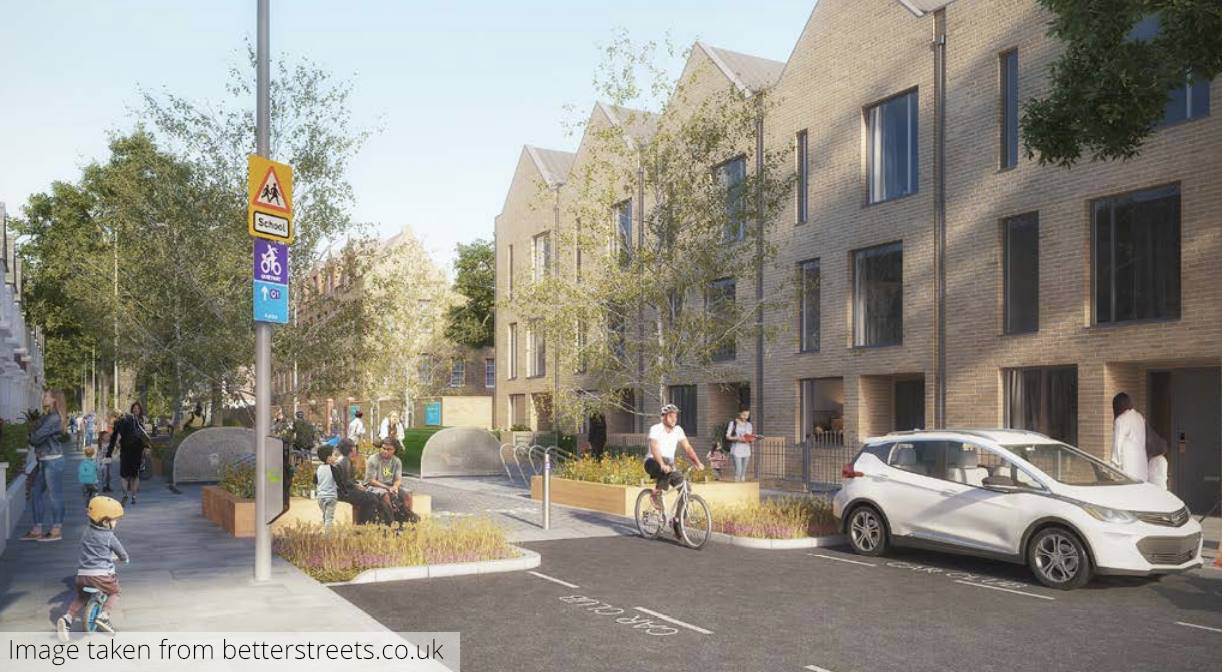 What are the benefits of a Low Traffic Neighbourhood?

This type of scheme has been successful in other parts of the country, providing a host of benefits:

How do LTNs fit into our ambition for Bath?

The Council arranged for a talk to be given about LTNs by deputy leader of Waltham Forest Council, Councillor Clyde Loakes. Speaking ahead of the event, Councillor Joanna Wright said:

"Our vision is to create a connected city, fit for the future, which will promote active travel, improve community health and reduce short car journeys.

“I invited Councillor Loakes to tell us about the positive impact low traffic neighbourhoods are having in Waltham Forest so residents can hear first-hand about them. We have ambitious plans to help people change the way they travel in our city. We can’t continue the way we are with poor air, traffic congestion and its impact on both our health and the climate – we have to make real changes.

“Low traffic neighbourhoods are one way of helping achieve this. They make better use of street space, curb rat-running and help to create attractive local environments for residents, visitors and businesses.”

Our goal is to implement LTNs across our area, where the need exists and residents want to reduce rat-running and speeding. We will need to develop a long term-plan, identify funding and consult residents. Our work will be linked to ongoing projects, including residents' parking and the Clean Air Zone.

A recording of Councillor Loakes' presentation will be available shortly.